With investments of $1.5 billion, expect an agreement with AKWA Power Saudi Arabia to build the largest wind power plant 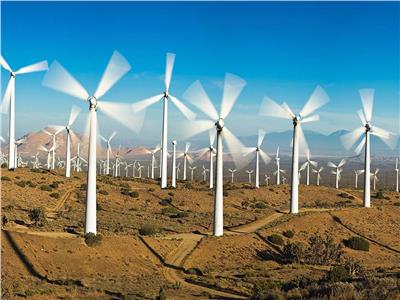 On the sidelines of Saudi Crown Prince Mohammed bin Salman's visit to Cairo and his entourage, which began on Monday evening, Egypt and Saudi Arabia signed 14

agreements this morning valued at $7.7 billion, and with investments amounting to $1.5 billion, the Egyptian government announced on Tuesday that it had signed an agreement with the company. "Aqua Power Saudi Arabia" to build the largest wind power plant in the Middle East

Prime Minister Mostafa Madbouly met with the Chairman of AKWA Power, referring to "the contract signed today with the Ministry of Electricity, for the company to invest $1.5 billion in the construction of the largest power plant in the Middle East from wind power."

The Egyptian Prime Minister praised the contract and said it would "make a shift in the level of cooperation and the scale of the company's investments in Egypt." according to the statement.

Saudi investment in Egypt amounts to more than $32 billion, and Egypt seeks to attract more investment in the coming period by inviting investors, especially from Gulf countries, providing special facilities and licenses, and launching a package of investment projects and plans in front of investors.