Azhar renews support to state in fight against terrorism 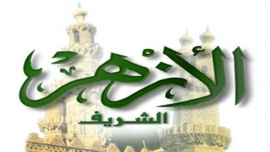 Al-Azhar has stressed full solidarity with all state institutions in the fight against terrorism, following the death of a police officer while examining a bomb in Nasr City of Cairo on Saturday 5/1//2019.

In a statement, Al-Azhar asserted that such acts are forbidden by all religions.

It strongly condemned the explosion, offering condolences to the family of the deceased.

from other side ,Awqaf Minister Mohamed Mokhtar Gomaa has hailed the bravery of a police officer who was killed while examining a bag containing a bomb in Nasr City district of Cairo.

In a statement on Saturday 5/1/2019, Gomaa praised a mosque worshiper who informed police about a suspicious object in Ezbeit El-Haganna.

We have 215 guests and no members online