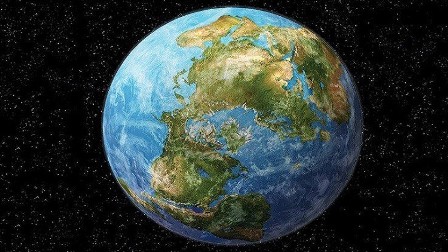 In 2017, a team of geologists announced the discovery of the lost eighth continent, called "Zelandia," about 4.9 million km2, which is considered to be the smallest continent and the lowest in the fish population.

Not 94% of the continent is submerged in the ocean, and although the continent is clear, it has taken a long time, said New Zealand geologist Andy Tulloch, who was a member of the search team for the lost continent.

In the 18th century, James Cook talked about the existence of an eighth continent in East Asia, and nearly a century later, James Hector confirmed this information after he found that New Zealand was part of a huge but long-drowned land.

Satellites helped researchers obtain strong evidence to track changes in land gravity, which helped them map the seabed to confirm a rock mass about 20 km thick.

Searches by the search team at various locations in Bzelanda revealed the presence of pollen for terrestrial plants and organisms with shallow water, which confirms that this was once a dry land.

One of the economic motivations for the continent's discovery is that it has given States the right to extend the continental shelf beyond their own water limits, thereby increasing sovereignty over natural wealth.

If it were proven that New Zealand was part of the continent, it would have the right to extend its water boundaries up to six times, which led the New Zealand government to increase spending on research and exploration.

We have 287 guests and no members online